10 Best And Most Iconic Cartoon Characters With Glasses

When you are a kid, nothing matters more than having cooler toys than your friends. I was no different. But I think that I got lucky in one more way and so do all the other people who had their childhood in the 90s.

Ahh, the 90s! I wish I could go back in time and live my childhood all over again. We grew up with some of the most iconic cartoon series of all time (Rugrats, Danger Mouse, Duck Tales - oh my!)

We might not have had high-speed internet or smartphone or social media back then, but who needed that when there were so many cool cartoons and TV shows? I remember I would race back home from school, throw my backpack, slip into something comfortable and immerse myself in the world of cartoons. Kids these days have no idea what they are missing out on.

It’s time to take a trip down memory lane and let nostalgia kick in. Have a look at 10 more cartoon characters with glasses which we have already covered. Spot your faves and recreate their glasses looks.

Remember the sidekick of the world’s greatest secret agent (who is a mouse by the way) ‘Ernest Penfold’? Danger Mouse was one of the first British cartoons to become famous among American audiences. Penfold wears a blue suit, thick black round glasses and a yellow tie with stripes. Although he misinterprets instructions and does the complete opposite of what DM tells him to do, Penfold is one of the legendary male cartoon characters with glasses who we all love. 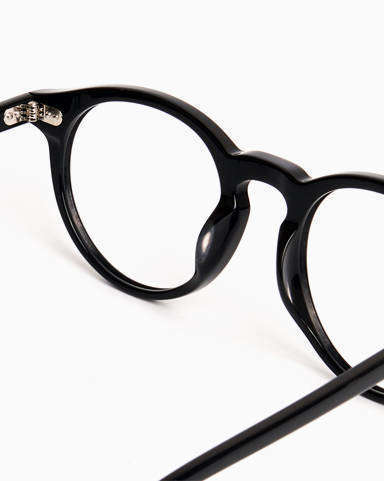 Reinvent the idea of geek-chic with the good kid Wigan here. Take it further and pair it with your comfy white tee, boyfriend jeans and minimal makeup (you’re already beautiful). Men may wear it with a black ensemble for a look that says intelligent and confident.

Daria first appeared on the hit animated series ‘Beavis and Butthead’ and later on got her own spinoff ‘Daria’. Known for her deadpan sarcasm and witty charm, Daria has an interest in the things that people of her age find boring for instance, classic literature. Her tastes are sophisticated and so is her choice of frames. She often sports round glasses which states that she has an appreciation for the vintage style. 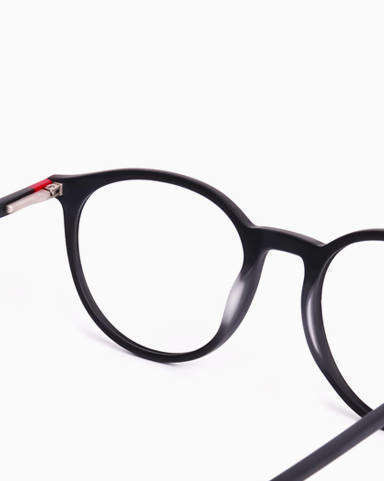 Taking you back in time, Rhodes is a classic specimen of ‘look-at-me’ frames. If your opinions are as strong as the structure of Rhodes, give it a shot. Mimicking your granddad’s glasses silhouette, round specs are in vogue this year.

Callie is the deputy mayor of MegaKat City and strong, kind, intelligent, powerful and almost all the qualities that every woman has. She wears cat-eye glasses to project power and authority just like a boss lady would. She is always so caught up running the city and would go to any length to save it from troubles. 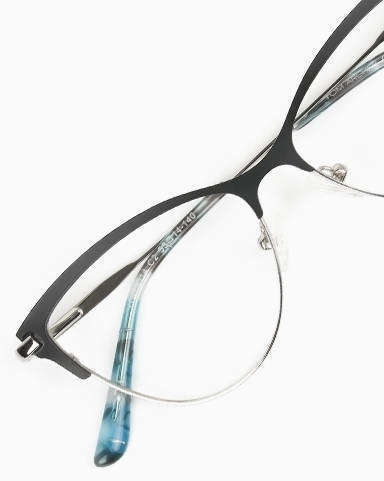 Nothing says bold, confident and successful as the feline-inspired cat-eye glasses. Disley features a distinctive browline and a pointy upswept outer edge for a sharp look. Try on these skinny cat-eye frames for vintage flair with a bit of a modern drama.

Scrooge McDuck - the richest Scottish duck. Where do you get to see that nowadays? Although he is wealthy, he is also stingy - remind you of someone? He wears glasses without arms and I wonder how do they even stay on? I guess he probably ‘Duck Taped’ them to his face. And do you think that he ever visits an optometrist? Cuz he would hate to pay for the visit. 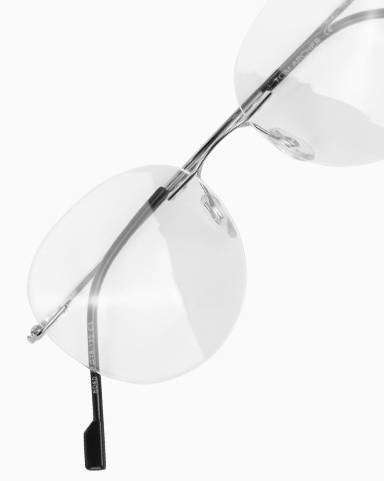 Famous for its subtle and unobtrusive silhouette, Salford is sleek and fashionable. Style up all your business events this year with this timeless classic. Salford here is for the simple souls. Since rimless has both vision and fashion, you can buy prescription & non-prescription glasses in rimless style.

Judy Funnie, sister of Doug is the force to reckon with. She is overly dramatic, bold and expresses her opinions in the clearest way possible. Having an interest in modern and theatre arts, Judy knows a thing or two about vintage fashion. She is probably never seen without her cat-eye sunglasses on the show. Even our bad girl RiRi was dressed like Judy at the FW2017 runway show. And she also didn’t take off her sunglasses once. Now that’s some true Judy commitment right there. 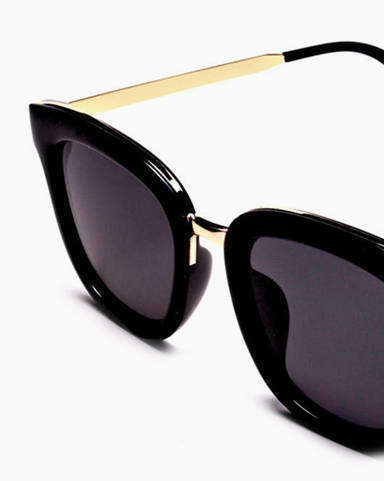 Shine in the spotlight

For an instantly chic look, try on our no-fail black cat-eye sunglasses. The silhouette has exaggerated angles and higher peaks to give you a runway-style moment. Nail every look with this shape and it’s kind of preppy too. Guess summer 2021 is now sorted.

The main character of the American animated series King of the Hill is a traditional American who is hard-working and helpful. Being 6 feet and 2 inches tall, it’s hard for him to hide among the crowd anyway and with those stylish square glasses, it becomes impossible. 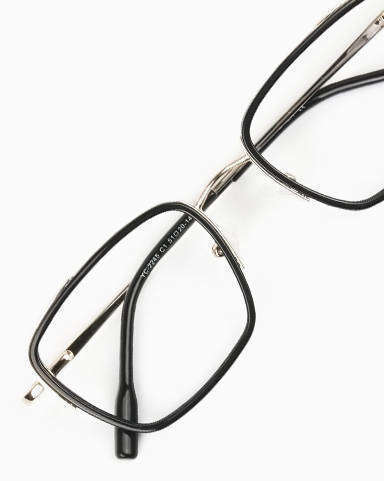 Everyone loves vintage but a hint of modern fashion doesn’t hurt. Try out this impeccable style staple called Parker to lift your spirits and confidence. The angular silhouette gives a dapper look perfect to team up with your semi-formal outfits and or sport on a casual day out.

John Darling is a famous character from Disney’s animated movie ‘Peter Pan’. He wears a long hat, white t-shirt, a black round frame and keeps an umbrella with him all the time. Sophistication, good manners and intelligence are some of his qualities. He likes to wear black round glasses. So can we add fashion to the list? 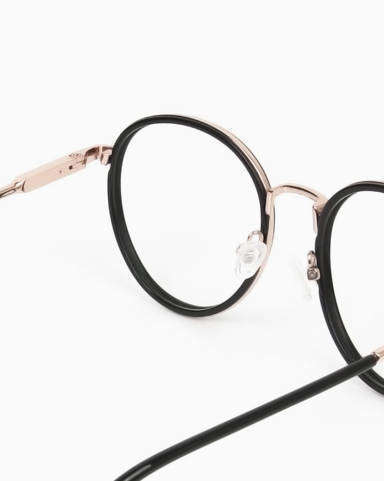 Stand out a mile

Bag in major style points with Charlie. Big news everyone - round is not geeky anymore, not with Charlie. Supermodel Kendall Jenner is rocking this style for heaven’s sake. Pair it up with your most stylish outfits and change people’s perspective for the better.

Featured in the hit sitcom Family Guy, Meg Griffin is the middle kid in the family. Meg often tries to be like the cool kids and craves acceptance. Something we all could relate to as we were growing up. She may not be one of the coolest female cartoon characters with glasses, but we definitely feel what she feels. 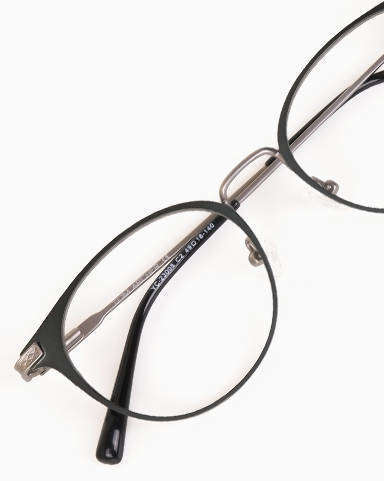 There is a reason why Ordsall is classic. With its sleek metal structure and beautiful curvy features, you can change up your regular look for something fresh and trendy. Based on how you style this frame, you will either look hip or intellectually charming (either way you win).

Bart Simpson is the most mischievous member of ‘The Simpsons’ family. He is often judged for his reckless thinking and actions. Bart faces a hard time understanding even simple words such as ‘irony’. He likes to prank people which always leads to unfortunate consequences. Why do I feel like I am narrating my childhood? 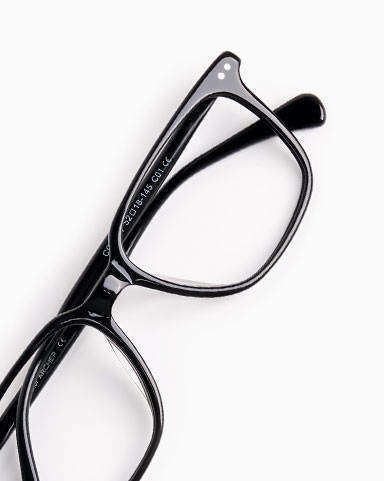 The reinvented Mr Darcy here is a fresh spin on your regular nerd glasses. It would go well with everything from fancy clothes to formal attires. How about minimal makeup, sleek ponytail, monochromatic look and Mr Darcy? Quite a stunner right! Men may take inspiration from Ryan Gosling and Brad Pitt to style their heavy black-rimmed frames.

Chuckie - an anxious toddler who loves having adventures with his friends Lil, Phil and Tommy. He is brave, loyal and well behaved but his friends often get him into trouble. But Chuckie is always there for his friends through thick and thin at the age of 2. I don’t even remember what I was like when I was 2. See the beautiful world around you with classy and sassy Prescot. It’s famous for its forward-thinking approach and modern flare. If you shy away from statement frames, Prescot can be a good start.

Did you find your favourite cartoon characters with glasses? If not, you can check our previous blog 10 Cartoon Characters we All Love and find them there.

If you have your heart set on any of these character’s looks, you can find every frame style at Specscart. Want to know something exciting? We give the fastest glasses delivery in the UK where you get your frames within just a day. 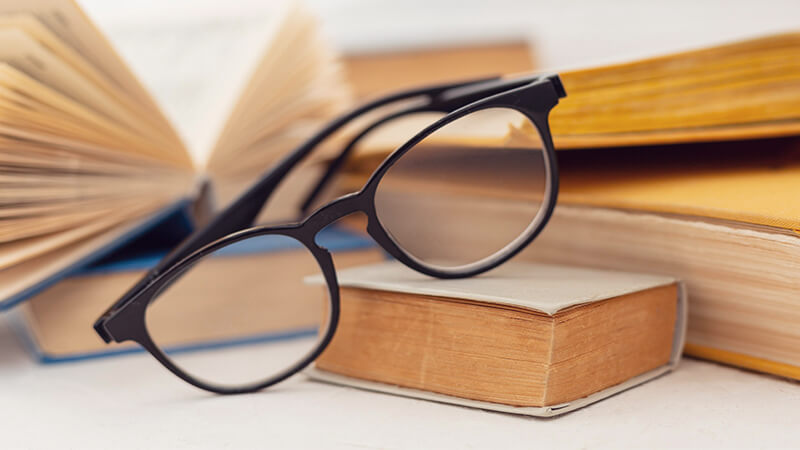 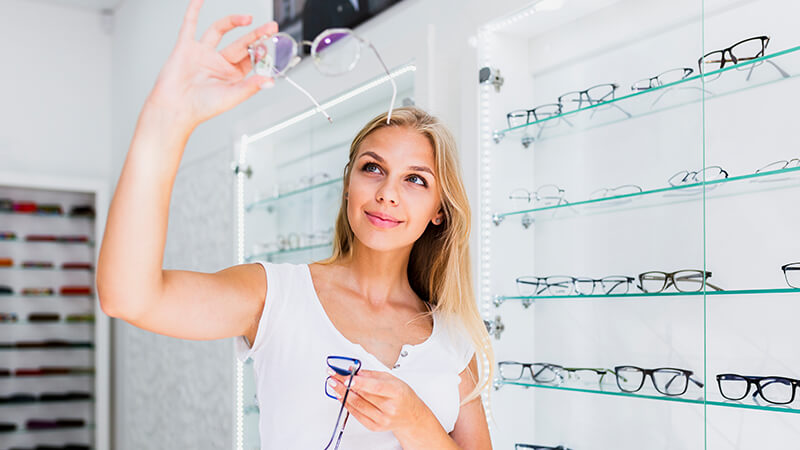 Spherical vs Aspherical Lenses: Which One Is Better For You? 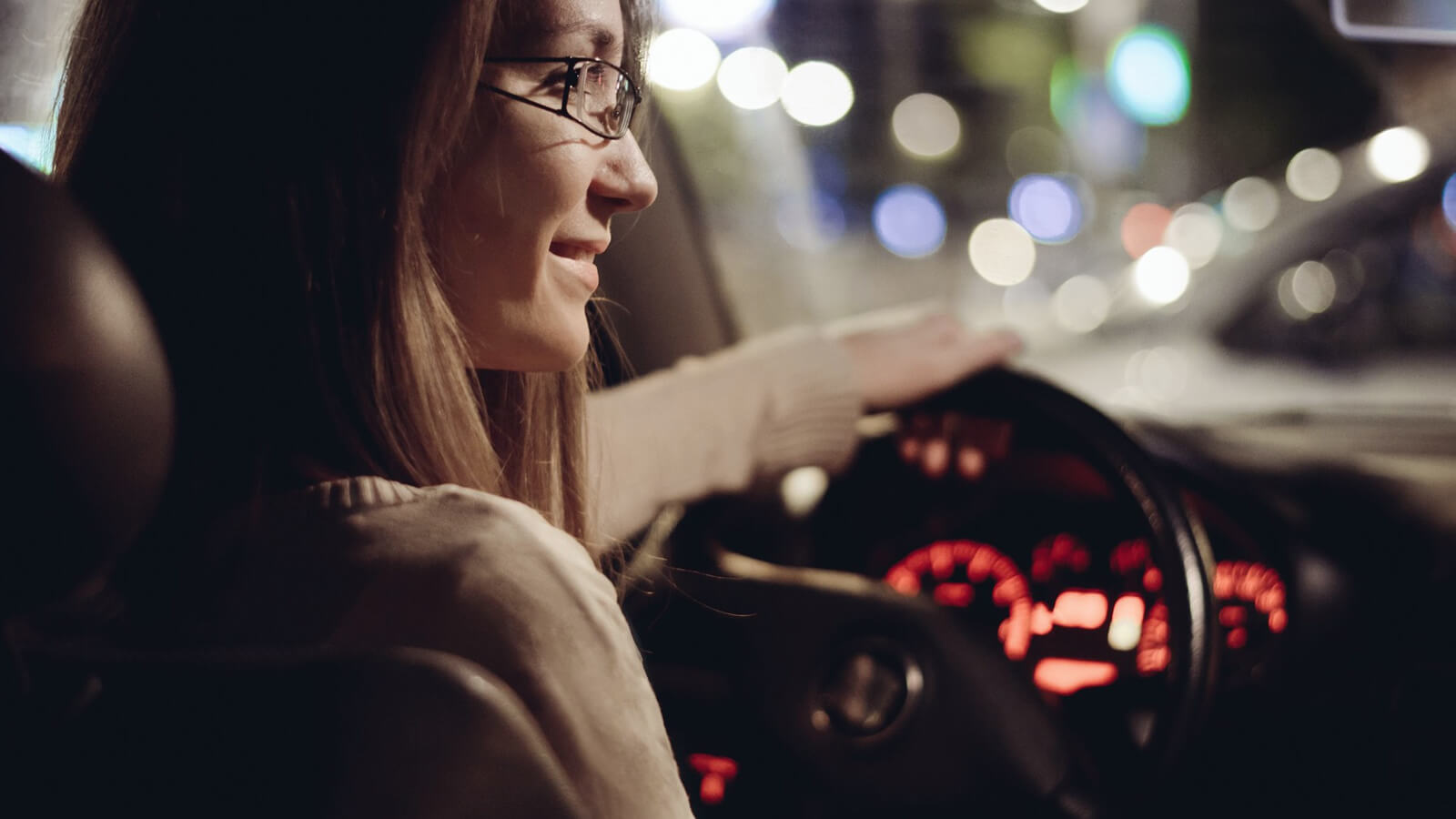 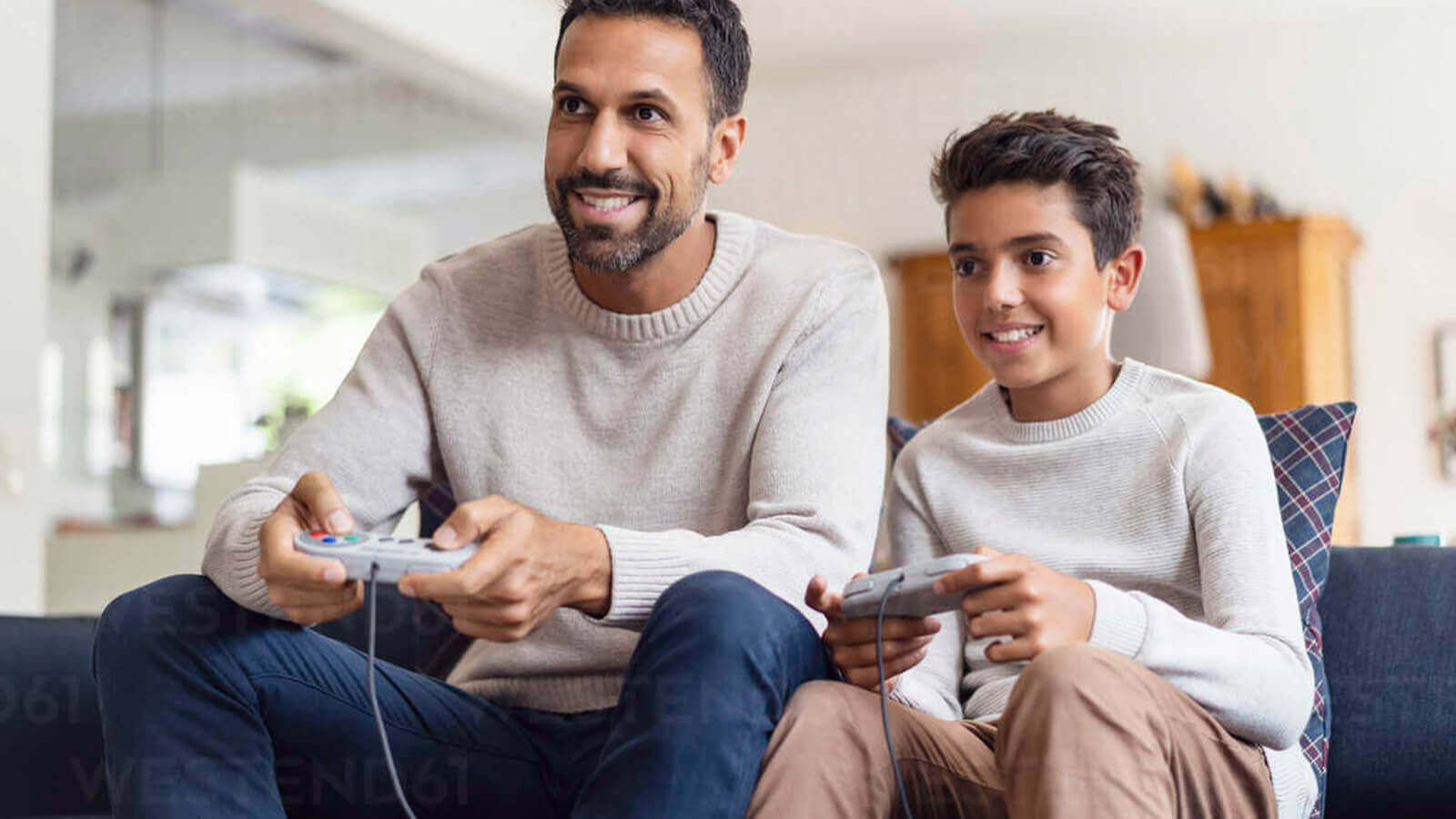 Step up your game with gaming glasses in 2021

One of my favourite childhood memories involves playing video games with my dad. We shared so many fun and sweet moments. I still remember playing Super Smash Bros with my old man and he was so bad at it. God, it was such a long time ago but I remember how he would lose within 30 seconds of the match. I can trade anything to get those days back. What are the Effects of High Energy Visible Light on the human body?

High-energy visible light or blue light affects your skin, sleep cycle and most importantly, your eyes. It can cause skin ageing, digital eye strain. 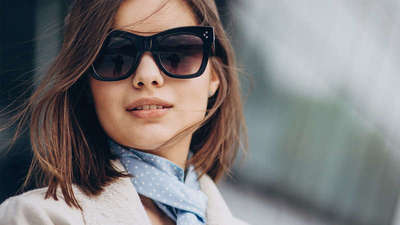 The best black sunglasses you’ll want to own this summer Heterochromia: The Science Behind Your Beautifully Mismatched Eyes

Heterochromia iridium is the discolouration in the iris of one or both eyes. Celebrities such as Mila Kunis, Alice Eve, Simon Pegg and Henry Cavil have this condition. 7 Most Loved Sunglasses Worn by Your Favourite Celebrities

Celebs are the best people to take sunglasses inspiration from. Whether we talk about Dua Lipa’s sunglasses or Tom Cruise’s aviators, stars are never seen without shades. Is your face mask making your eyes feel dry?