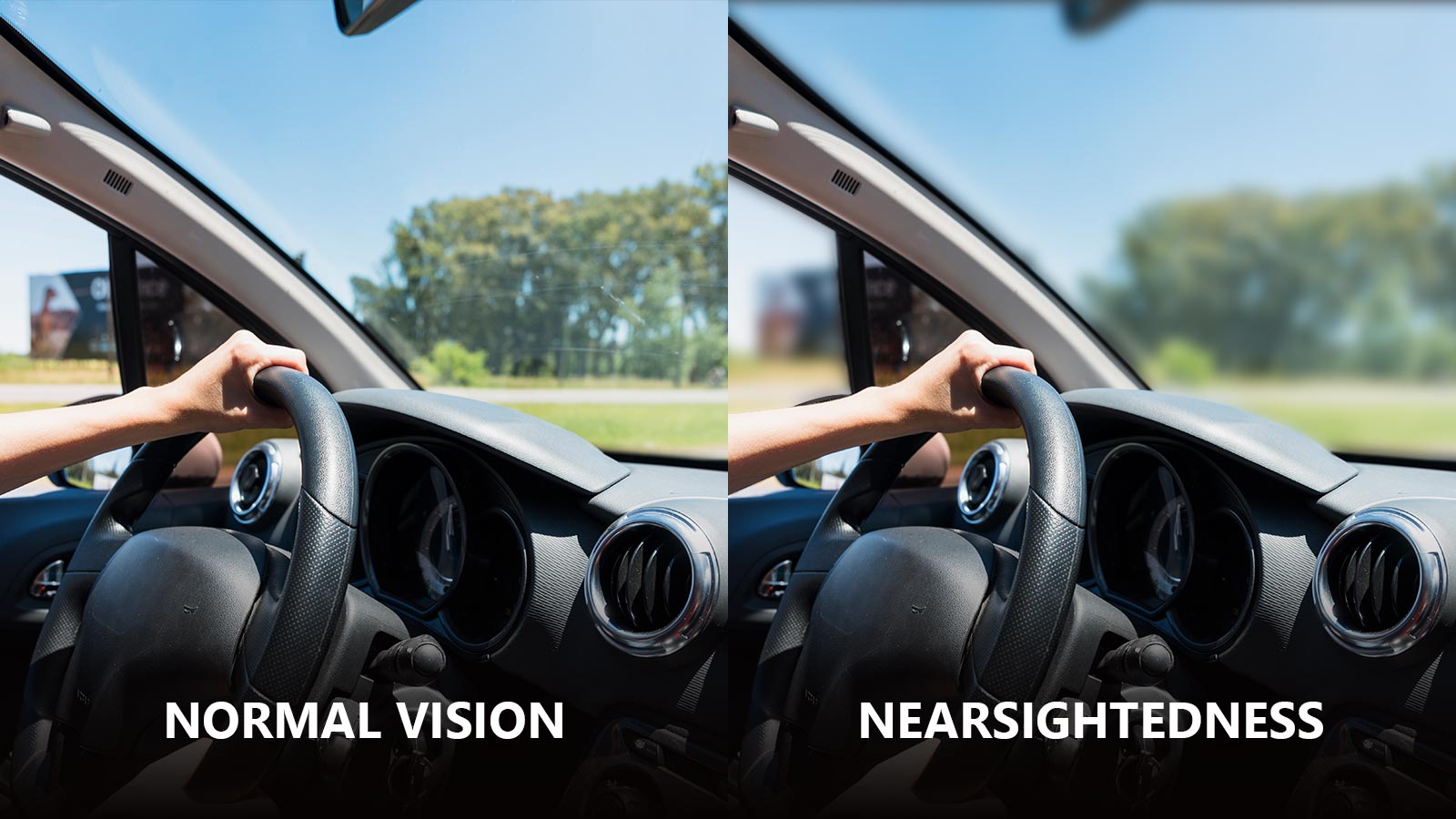 A guide to Nearsightedness: Understand the condition, symptoms and treatment.

Nearsightedness is a pandemic eye disorder that's on its highest peak than ever. In the UK itself, 30% of adults have myopia, and it's not only affecting the young adults of total 50% of an undergraduate being myopic, but it also affects 10% of primary school kids as well. The latest data showcase that 47% of European adults aged between 20-29 are short-sighted and the percent doubles up when talking about adults aged between 50-59.

The question is, what is this eye disorder, and why is it becoming more widespread across all nations. What's the root cause of nearsightedness and what's the treatment?

What does nearsightedness mean?

Nearsightedness is also called myopia which comes from a Greek word called "myuops" meaning short-sighted. Nearsightedness is an eye disorder that allows you to see only the short-sighted objects. Distant objects appear blurry and unclear to recognise them. Nearsightedness is a refractive error in your eyes that constructs an image in front of the retina rather than on the retina. Therefore, you are only able to see images at a short distance, not the far ones. Nearsightedness not only causes vision problems but if left untreated, it is responsible for developing severe vision loss and other eye-related diseases.

Let's dive into the scientific definition of nearsightedness?

As mentioned earlier, nearsightedness in an eye disorder that occurs when the reflected light focuses in front of the retina instead of on the retina. It's a form of refractive error (inability to bend, refract or focus the light rays properly) in which parallel rays of light (i.e. coming from a distant source) after entering the eyes are focused in the front of the retina. Since the light rays fall before the retina, it causes distant objects to be blurry while the near or up-close objects seem normal and crystal clear.

Why is treating nearsightedness a Universal need of the moment?

Nearsightedness is not only a common problem but a severe threat to eyes across the world. It is one of the most common eye problems that are virtually responsible for affecting more than 22% of the total population that is 1.5 billion people across the world. The rates are significantly increasing every year, and the UK itself has more than half of its adult population myopic. It's crucial to treat nearsightedness because it heavily contributed to many ocular diseases in the upcoming years like glaucoma, retain breakage and detachment, cataract, etc.

What are the symptoms of nearsightedness?

When you receive such visual symptoms, get an eye test immediately to treat your eyes well before it attains an unrecoverable stage. You can book an instant free eye test at Specscart where you can visit one of it's stores in Walkden and Bury or book an eye examination at home.

What are the causes of nearsightedness?

The prolong hours of digital use and dependence is also one of the most prime reasons for nearsightedness for this generation. Putting a lot of effort by looking closely into smartphones or performing other up-close work like reading for extended hours and days result in nearsightedness.

Nearsightedness equally occurs because of hereditary reasons. It is passed on from your parents to you, and you can start to feel it's effect quite early in age.

Our modern lifestyle has turned more indoors, playing games and performing everything behind locked doors. It has a negative impact on our eyes. Immense amounts of indoors time spent in dim light or highly lit rooms cause severe impacts on your eyes leading into myopia.

Not doing any physical activity causes you unhealthy, prevents you away from the sun and offers insufficient amounts of light in your eyes. All these factors add up to the cause of nearsightedness, and hence physical activity is required for good eye health.

What are some ways for nearsightedness prevention?

As we discussed earlier, Outdoor activities are a considerable way to prevent nearsightedness. You obtain an adequate amount of light from the sun and will get a good dose of Vitamin D.  It's important that you restrict yourself from dim and highly lit fluorescent light rooms.

To prevent more up-close work or eliminate extreme focus at any work, use reading glasses. Reading glasses helps to see objects comfortably at a near distance without putting much pressure on the eyes.

What are the varying degrees of nearsightedness?

Nearsightedness is measured in a unit called dioptres denoted as D. Here are three different degrees of nearsightedness.

Can nearsightedness be cured naturally?

Nearsightedness is not a curable eye disorder. You can't get your vision back to normal naturally; however, you can get a clear image for distant viewing using vision correction devices. Clear distant vision is possible with the use of minus power concave lenses or prescription glasses. You can also use contact lenses or surgical procedures to treat your myopic eyes.

How to treat Near-sightedness?

Nearsightedness can be treated with prescription glasses also known as single refractive glasses or progressive glasses. You can use concave lens glasses or contact lenses to manage your eyes better. However, glasses are much more prefered over contact lenses because they are versatile in nature and feel comfortable to carry around. When the concave lenses are placed in front of the eye, the light rays fall back to the retina hence producing a clear distant vision. Not treating your myopic eyes could lead to a more significant number of problems; thus, it is highly recommended that when you experience such mentioned symptoms, go for an eye test and get the right glasses. How do head injuries affect our vision and can they lead to blindness?

Head injuries can cause severe eye problems. It can also cause blindness. Read to know more! 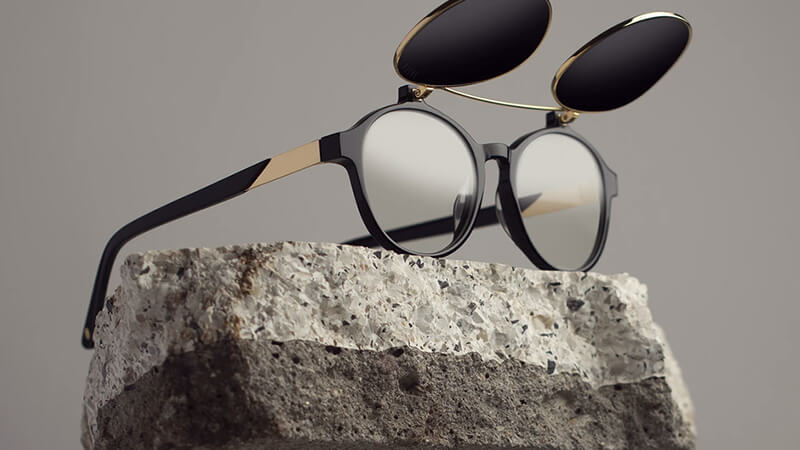 Switching between prescription glasses and sunglasses has got more simple, with clip-on sunglasses around. Read on to know how! 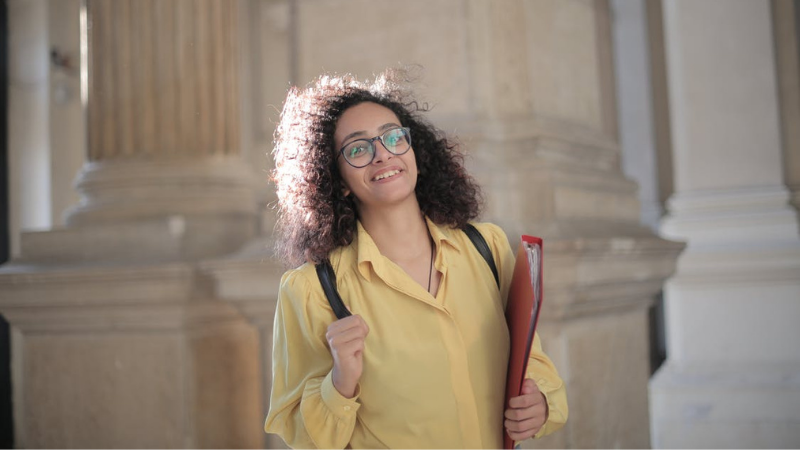 Does your fashion speak about your personality?

Bringing the best of your personality with different and unique styles should be your goal for this year. 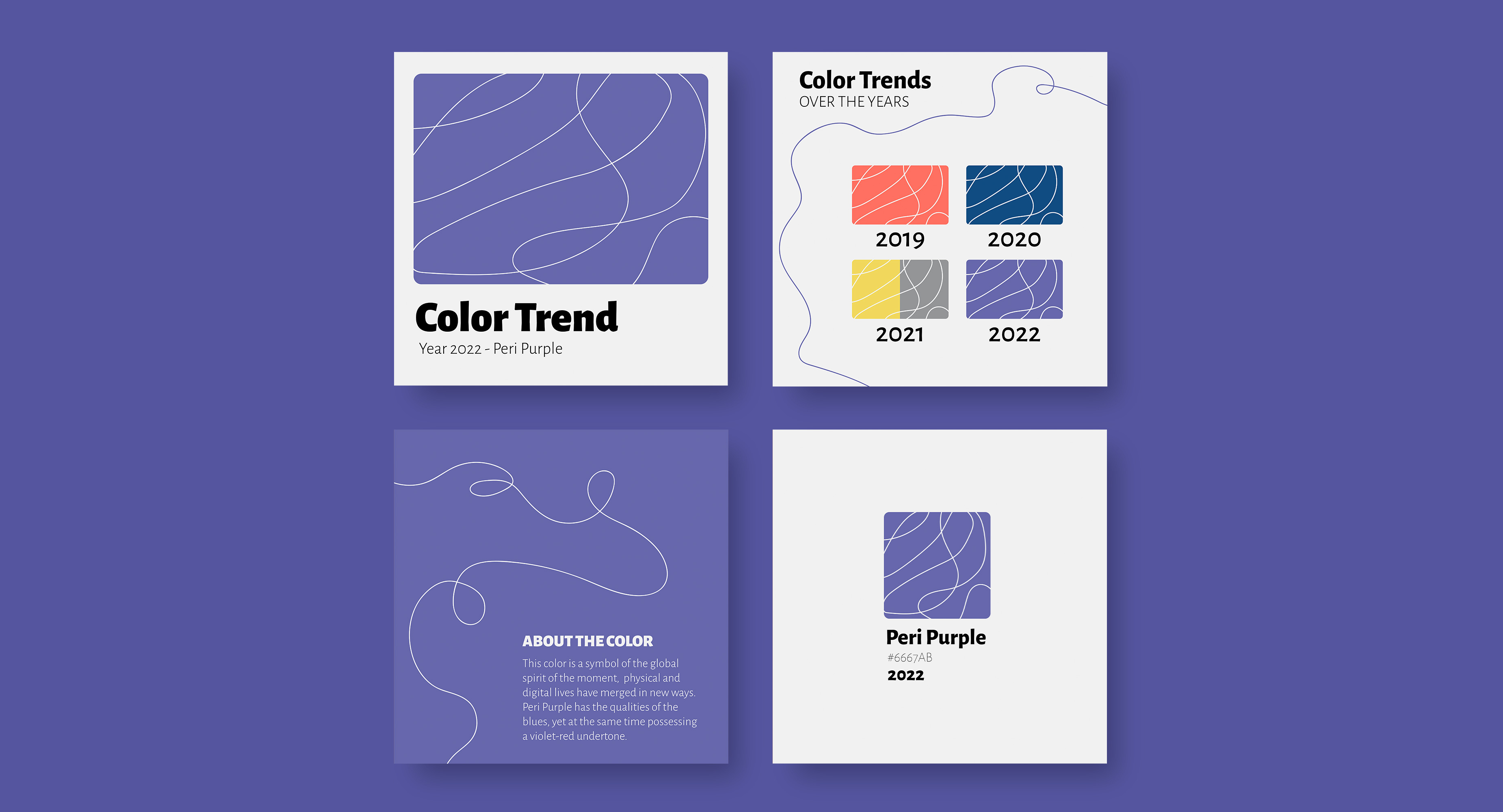 Pantone’s Colour of the Year 2022 is Veri Peri, and very cool!

We couldn’t agree more with Pantone’s Colour of the Year 2022 choice. Read to know why Peri Purple is going to be the trend for this year, and more. 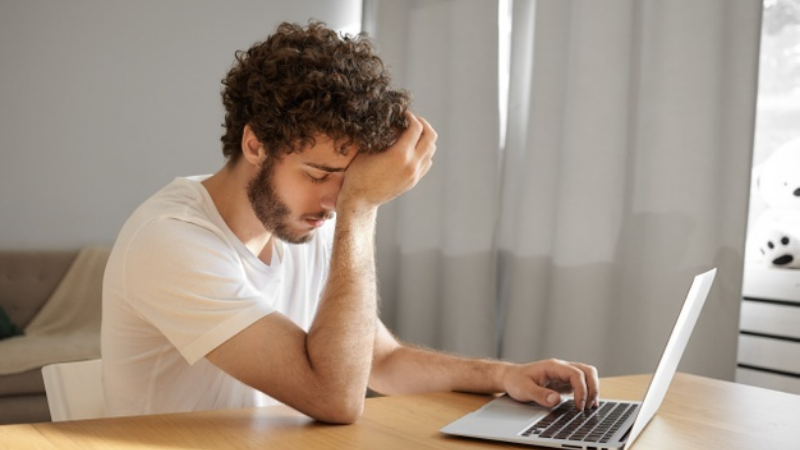 Can blue light really have damaging effects on your eyes?

The discussions around blue light’s effect on eyes is gathering steam. Here is a well-researched compilation of information that you need to refer to. 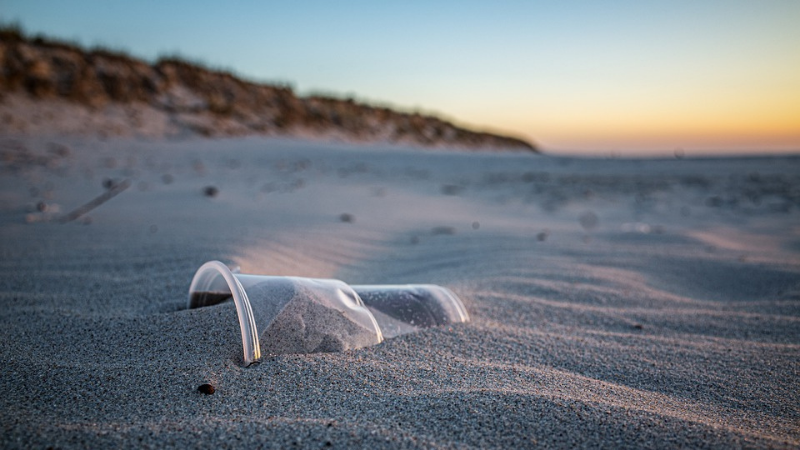 From breaking the monopoly to adopting eco-friendly alternatives, the journey of the eyewear industry towards sustainability. 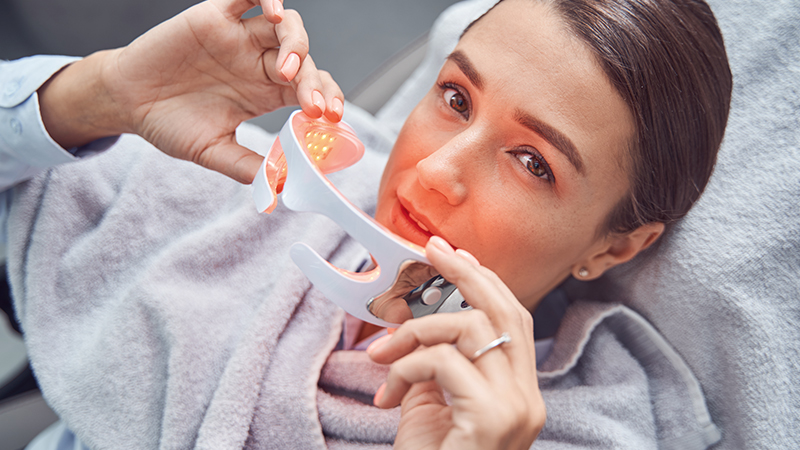 Light Therapy Glasses – Light at the end of the tunnel?

Light therapy has been there for quite a time. But, it has got revamped with the introduction of light therapy glasses. Read on to find out how! 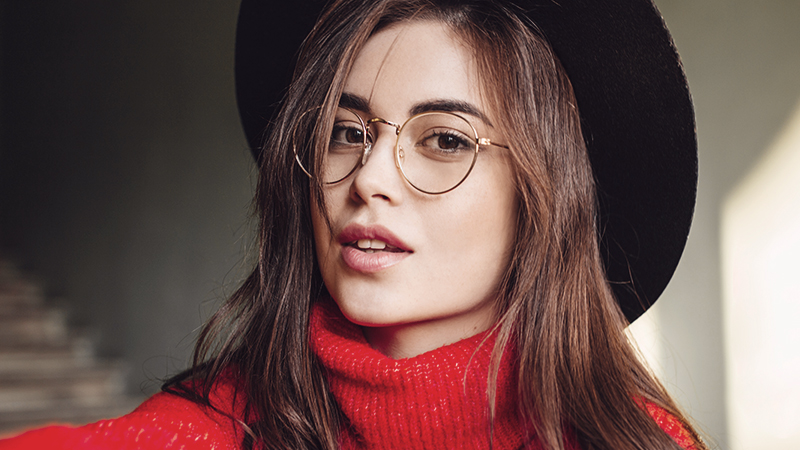 Glasses can help you make a very bold fashion statement, provided you style them right. Here is a guide to styling a pair of metal frame glasses. Read on! 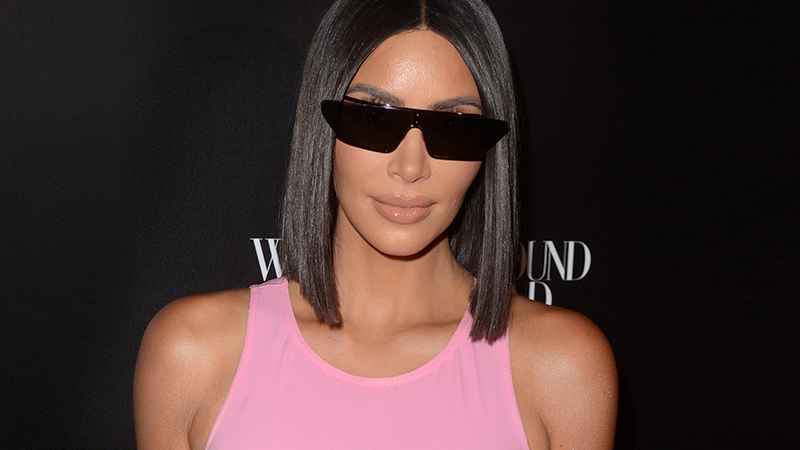 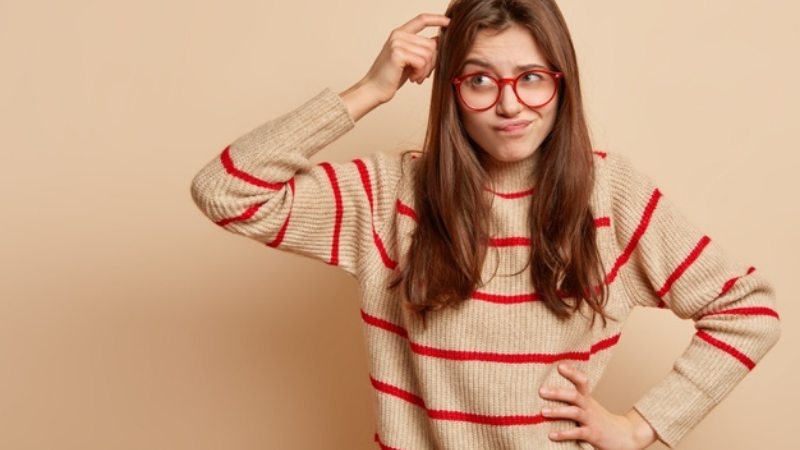 How big is too big? The guide to oversized glasses

Finding the right sized glasses is more important than you think. Read the blog to learn how to find the perfect size.